The higher the adsorption performance is, the more influenza viruses are captured. This means that we must consider how to enhance adsorption performance. We have come up with three solutions for this. First, we optimize the distances and relative positions between each SLUGGER to enhance adsorption performance by moderate conditions[1]. Second, we should make the SLUGGERs resistible against cleaving from the NA, which is a solution from the perspective of molecular structures[2-5]. Third, we introduce DNA origami made in the shape of an earwig wing structure which has advantages in improving adsorption performance. The ideal distance between each SLUGGER is reported to be 52Å[1]. It is close to 42Å, which is the average distance between two canonical binding pockets on the HA, but the reported distance is a little longer than the actual distance on HA. When we focus on the binding pockets on HA, there are three pockets on HA because HA is originally an assembly of three identical proteins. Therefore, it is important to bind HA with three points keeping optimized distance[6,7].
‍

As we mentioned, sialic acid can be cleaved by NA, and the same phenomena will occur on SLUGGER. Therefore, no matter how much we change the structure of the SLUGGERs in any kind of well-designed manner, its sialic acid bats will be destroyed by the NA. Once the bats are cleaved, it will be impossible for the SLUGGERs to capture influenza viruses. Therefore, redesigning the molecular structure of SLUGGER is essential. The simple and powerful solution to this is to swap the binding of ether with sulfide. In contrast to O-linked SLUGGERs, S-linked SLUGGERs are more resistant to NA cleavings; their decomposition rate by the NA is much lower[2,3]. This is a simulation of the swapped binding which is created with MM2 on Chem3D.
‍

This O-linked molecular can be used as the one on the human cells. However, because there is not S-linked molecular in nature, we must synthesize S-linked molecular. In addition, SLUGGER’s molecular structure must be created that can bind to DNA. In the following, we describe the synthesis of S-linked sialic acid and how it binds to DNA to make SLUGGER.
‍
‍

How to synthesize complex structure

Glyco-conjugates which bind the sugar chain with DNA is found in a limited creature like Trypanosoma brucei. Although various negative effects may occur due to the steric effect of sugar chains, this is a powerful method that allows us to place sugar chains at their designed positions by self-assembly through the complementary base pairing of DNA[8].

The synthetic scheme for SLUGGER

The following is the scheme for the synthesis of the target sugar chain and the linker to connect the sugar chain to DNA. We adopt the condition of the preceding study, however, the reaction conditions may not be optimal due to different structures. The product of the scheme is used to make SLUGGER[8,9]. 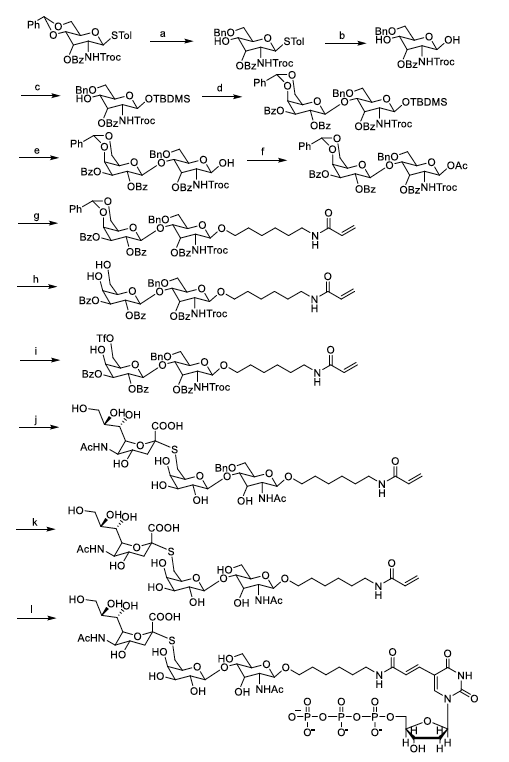 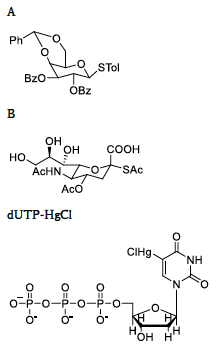 In order to catch the viruses and to further improve SLUGGER’s batting average, we designed a hinge using DNA origami (Fig 2). This structure can be folded and unfolded flexibly. Our designed structure is composed of two identical panels made of double stranded DNA. The panels are connected by flexible single-stranded DNA at the edges. This structure can double the surface area and it enables  SLUGGERs to catch more viruses.
‍ 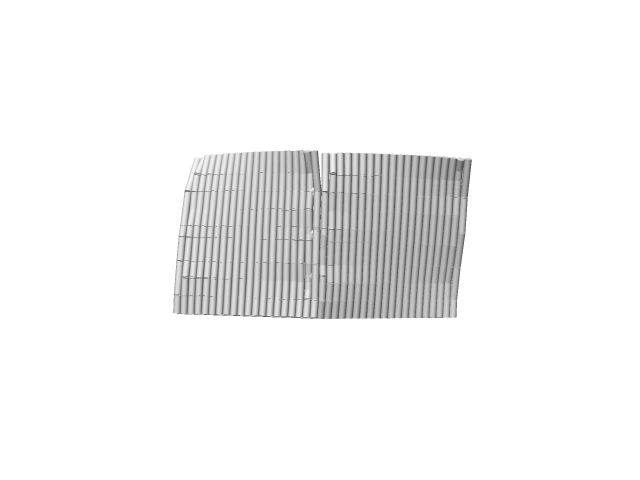 As shown in the Fig.3, ssDNA is alternately disposed on the surface of the hinge. Each ssDNA is arranged in a triangle and this ssDNA is connected with the sugar chain by the method described in the section of SLUGGER design. 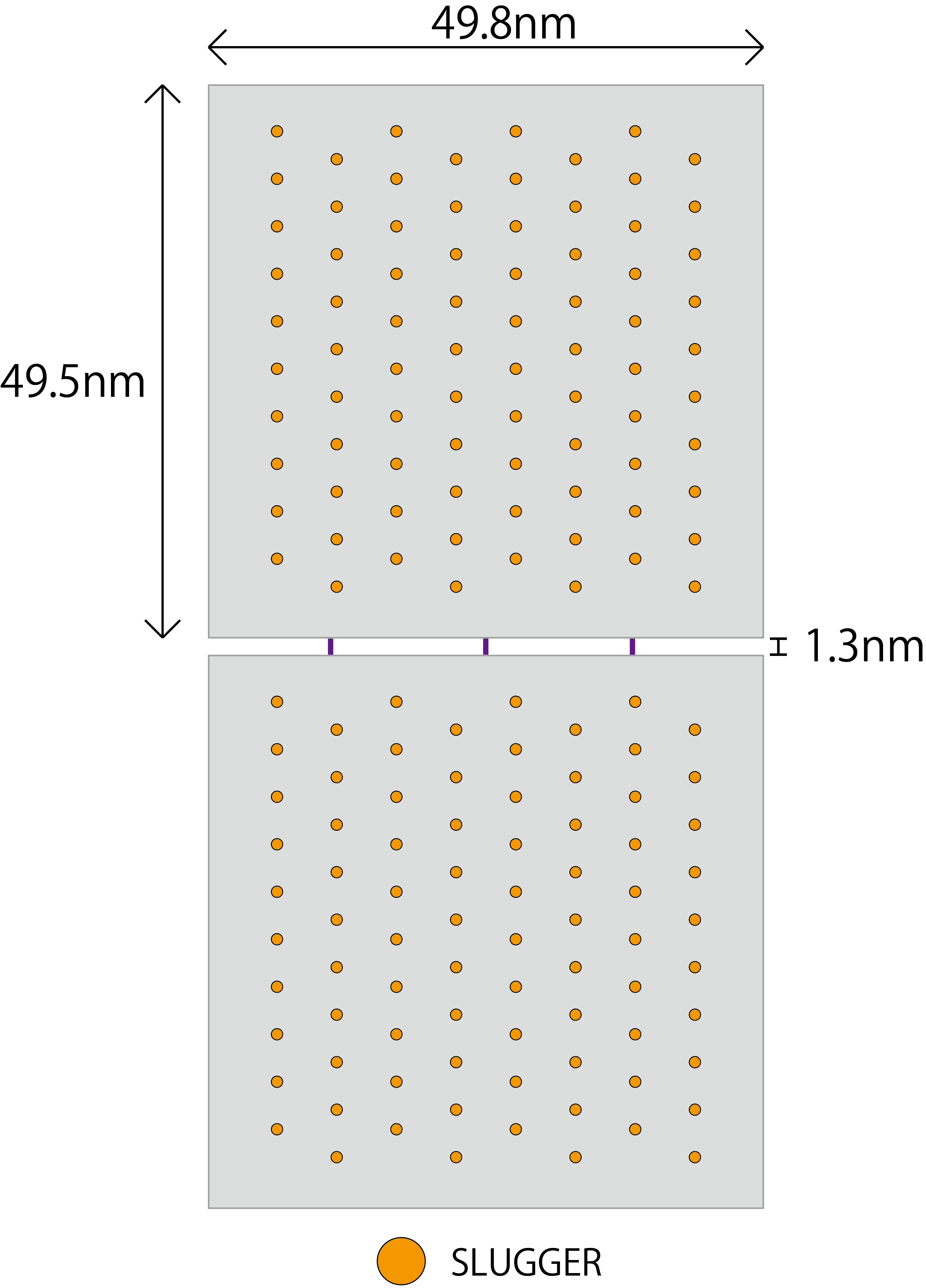 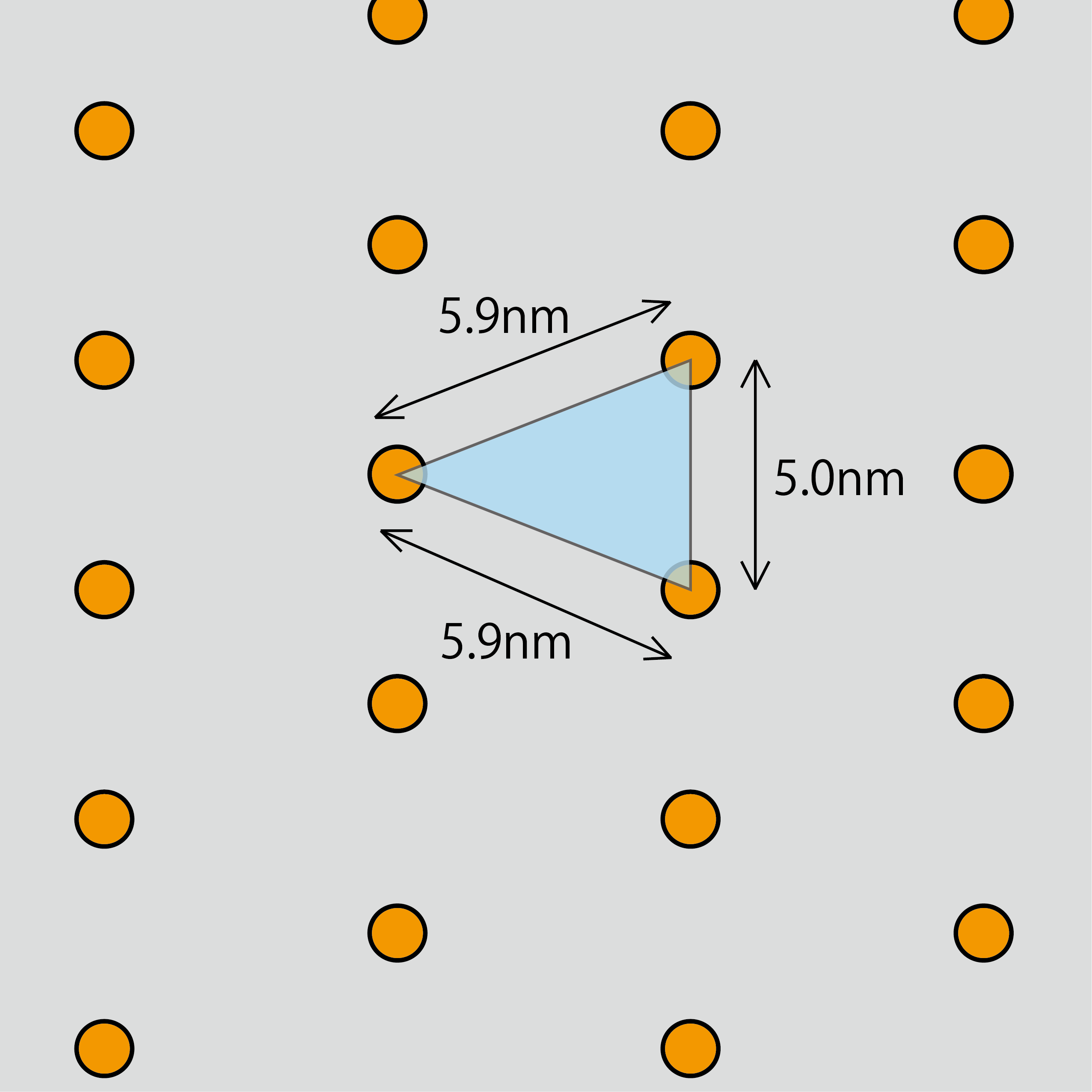 Figure 3-2: Arrangement in a triangle(zoom-up view)

In order to realize the structure described above, we designed two rectangle panels, three ssDNA connections at the edges, 160 ssDNA on the surface, and stopper using caDNAno (Fig.4). The lattice type of the DNA origami was set to the square.
‍

In order to realize the structure described above, we designed two rectangle panels, three ssDNA connections at the edges, 160 ssDNA on the surface, and stopper using caDNAno (Fig.4). The lattice type of the DNA origami was set to the square.
We estimated the virus diameter to be 100 nm, so the length of a side of the panel is half the size of the virus diameter.

Panels are connected with 3 flexible single stranded DNA at the edge. The length of ssDNA is 4 bases (1.3 nm). This structure enables flexible folding and unfolding motion.

ssDNA on the surface

Stoppers are two single-stranded DNA extending from the top of the panel A to the bottom of the panel B. When each stopper hybridizes with complementary DNA, both of them form a double stranded DNA and hinge is unfolded.  We designed its length to be 64 bases, 21.3 nm.